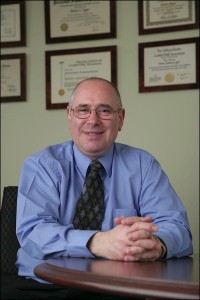 Mr. Jager is the Founder and Principal of Steven L. Jager, CPA, An Accountancy Corporation. The Firm is a “boutique” accountancy Firm with a special emphasis in tax controversies and accountancy services to individuals and closely-held businesses.

Mr. Jager holds a Masters Degree in Taxation from California State University, Northridge. He received his B.A. degree from UCLA in 1979. Subsequently he studied Accounting, Finance and Marketing at California State University, Los Angeles and obtained his California CPA Certificate in 1986. Mr. Jager has been in public accountancy practice since 1980. His former employers include a national CPA Firm and prestigious local firms. In 1988, he established his own Firm, and subsequently co-founded the Institute for Executive Research, a non-profit organization.

Since 1992, Mr. Jager has been a regular and popular instructor at the UCLA Extension Department of Business and Management. In the Spring of 2005, UCLA Extension proudly launched their (then) newest course, “Ethics in Accountancy”, which was developed and written by Mr. Jager in response to President Bush’s request of our nation’s business schools to teach ethics courses as part of the business school curriculum. In addition, Mr. Jager is an Adjunct Professor at California State University, Northridge, and he has authored several articles and lectures frequently to business and professional groups.

Send me an email: sjager@cre8ivcpa.com